We do not have a booth for Star wars Celebration 2022! We are teaming up with the Cosplayers of the Old Republic this year for events! 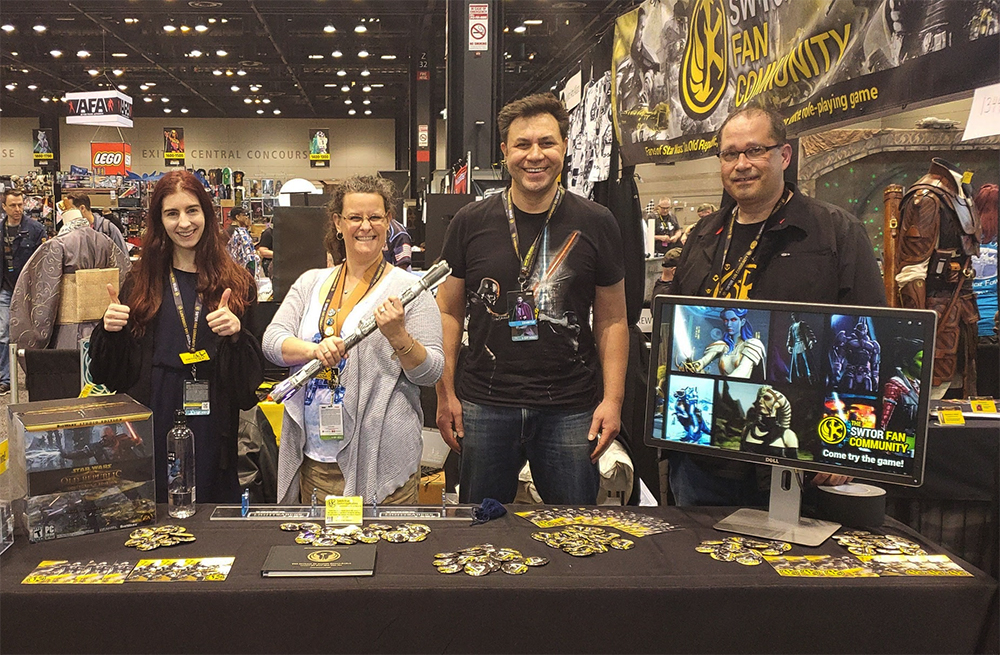 What did the SWTOR Fan Community do at last Celebration?

Gave away swag: We brought over 1,000 buttons and 2,000 art postcards to give away to visitors at the event that showcase some of the iconic characters from the game – and we’re all out of buttons!

Giant Giveaway: We had a huge giveaway for prizes online and in person. We will be giving away over 1 billion credits and 200,000 cartel coins worth of prizes! Attendees received a special code that will allow them to enter a giveaway online and enter their character name, or enter to win gametime codes. We also gave away physical prizes granted to us by Bioware. 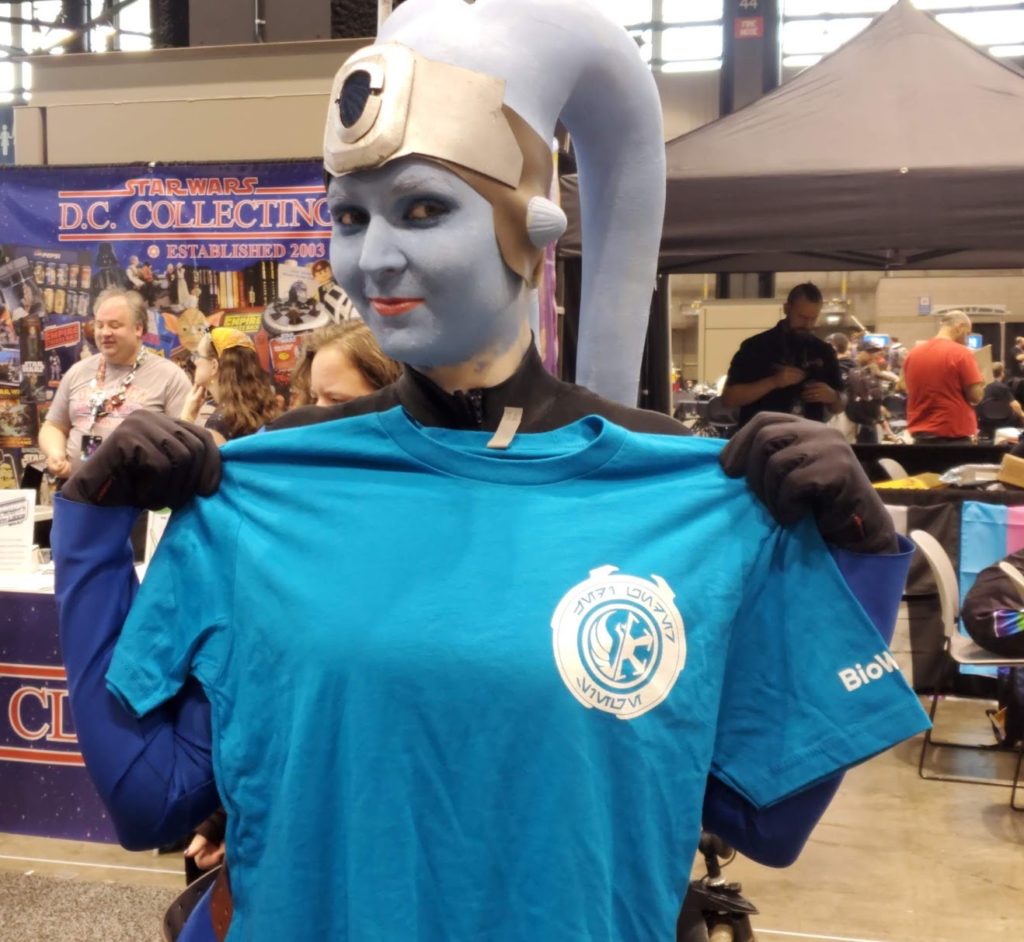 Datacron Prop: Swtorista created a life-size glowing blue datacron! Guests were welcome to pick it up and take photos with it. 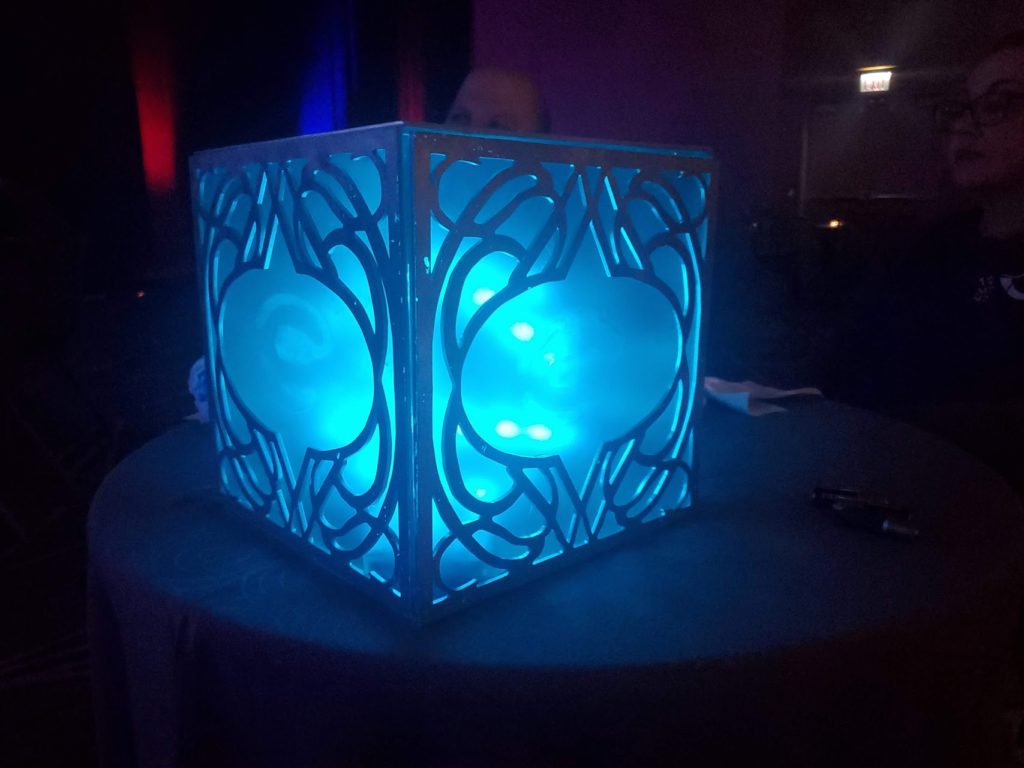 Computer: A fellow player generously donated so that we could have a computer inside our booth! We rented a gaming computer, electricity from the event organizers, and another player provided 4G hotspot internet. We had a special account pre-set-up that has all 8 classes ready to try out.

Passionate players: The booth was staffed by volunteers from the community who, in short, love the game. There was Dekion, Fyonha from Ootinicast,  Zen from Ootini Knights, Ajay from @r2d2arm, Streamer Kogass, Wil the D&D enthusiast, Six the SWTOR Discord Moderator, Mox & Jessie from Pasionately Casual podcast, Alise from The Council podcast, and were supported by other players attending like Max from the Escape Podcast, Ted from the SOTOR podcast, and many, many other SWTOR fans.

Cantina Event: The officially-run SWTOR Event was held Saturday, April 13th at a nearby hotel. The SWTOR Fan Community spread the news and showed up in full force! A new expansion was announced!

What did the SWTOR Fan Community do online?

The SWTOR Fan Community will also brought Star Wars Celebration to everyone online.

Streaming Live: Players attending live paired up with streamers and podcasters at home to stream live from the event via video call. 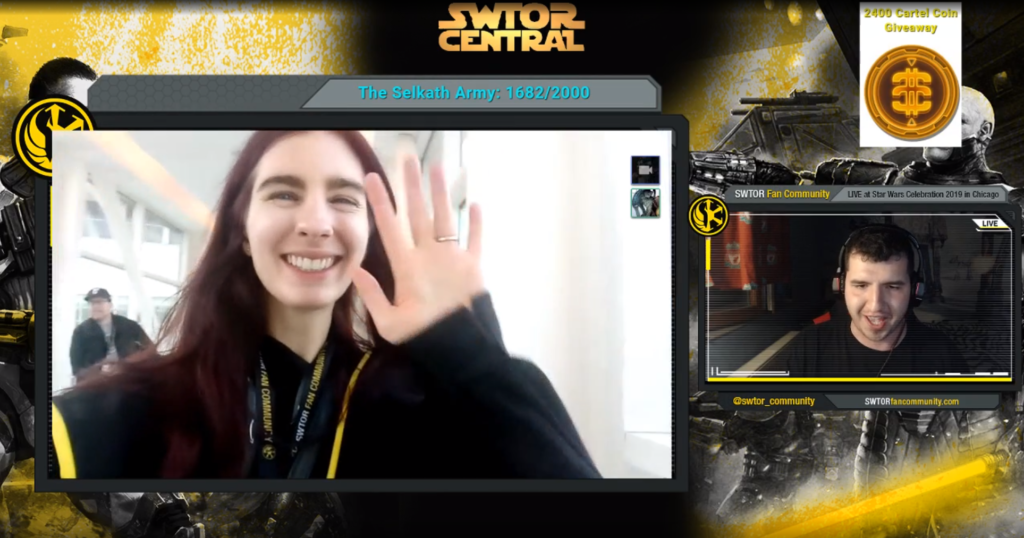 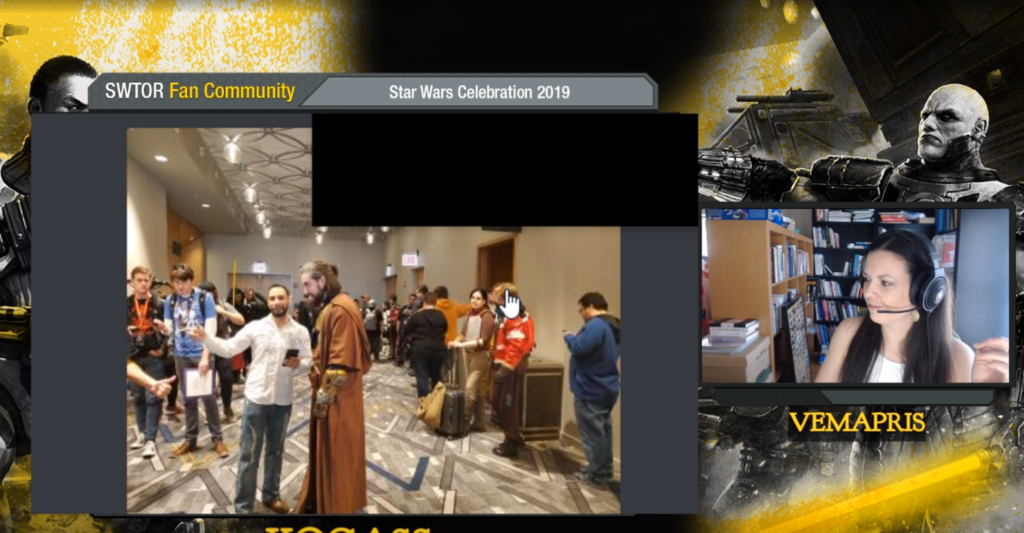 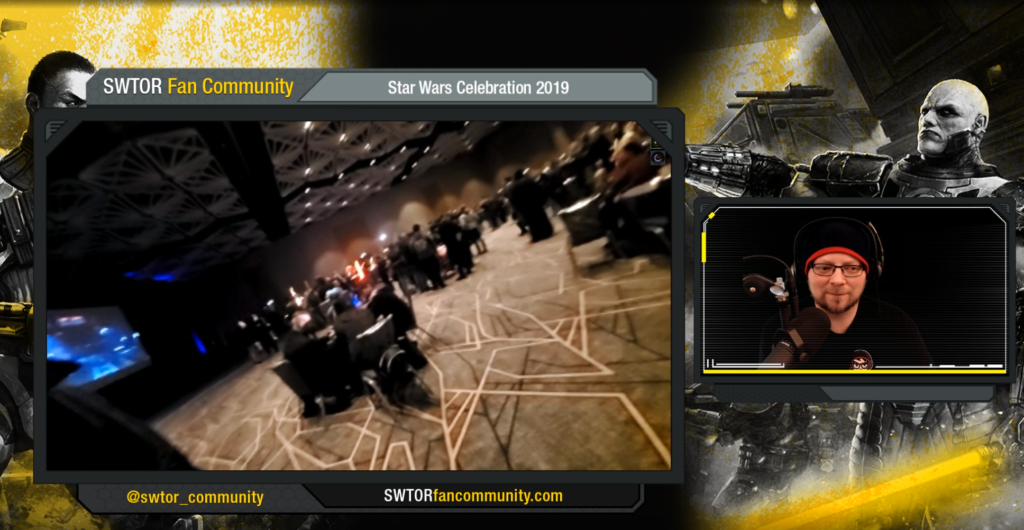 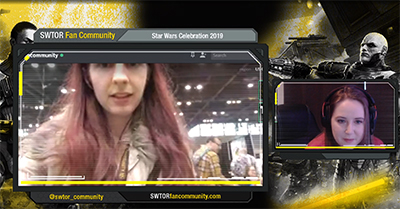 WATCH: End of the show walk with LadyRann and Swtorista

LISTEN: Podcast from the Working Class Nerds and Kogass

Photos: We took hundreds of photos! These photos were posted during Celebration so players around the world could see Celebration as it happened. View all Photos 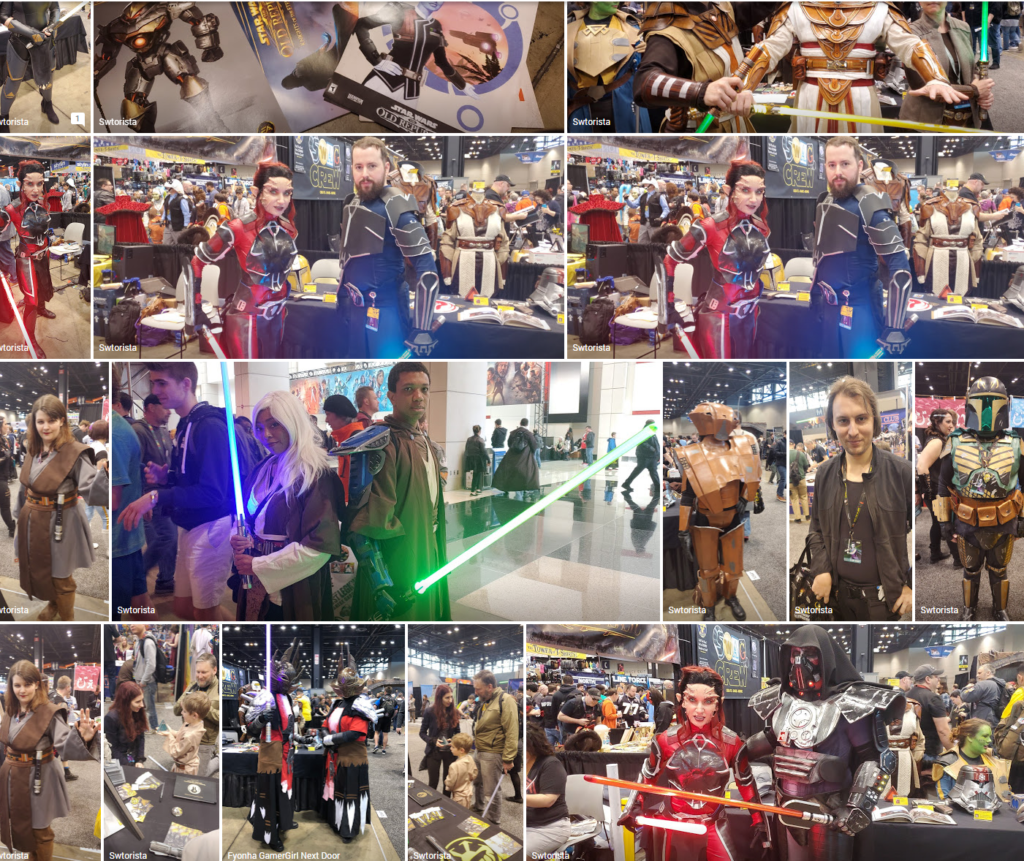 Huge Giveaways: Over 360 prizes were given away before and after Star Wars Celebration, totaling at over 200,000 Cartel Coins worth of items! These prizes were given away on Discord, Reddit, Facebook and Twitter. One of the contests with the best results was held in a combination of Twitter and Discord – players submitted screenshots of their characters, and over 80 players characters were featured on a live wallpaper at Star Wars Celebration!

Guilds: Part of the project was to help connect players with communities. Swtorista built an online guild finder tool: https://swtorfancommunity.com/guilds/

Every guild active in 2019 from the official forums, reddit and twitter was invited to the tool and so far there are over 100 active guilds published in the directory! The directory is for guilds of all types and sizes. Players who want to add their guild should have a leader or officer contact Swtorista at @swtorista on twitter, /u/swtorista on reddit, swtorista@gmail.com by email or Swtorista#0153 on Discord.

Post-celebration, even more guilds were added, and language support for German and and French guilds is in the works!

We’ll see you next year, Old republic fans! With the announcement that the next Celebration will be in Anaheim, it’s almost certain the Star Wars: The Old Republic fan booth will be apply for a fan booth again next year in 2020.